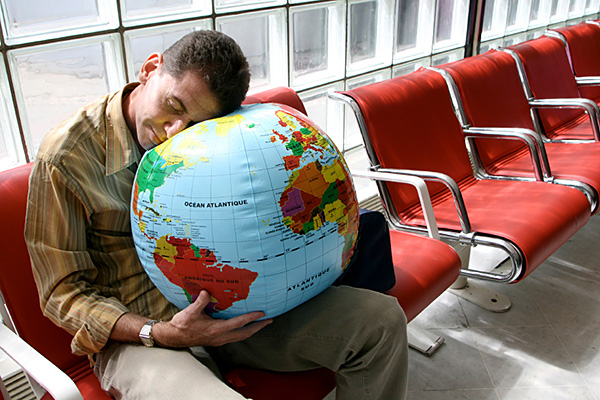 Long journeys by plane can cause variety health problems, which are mostly harmless, but not always pleasant and painless.

Although disorder known as jet lag soothes spontaneously after a few days, good preparation for the flight can greatly reduce the symptoms caused by long flights.  Here are some of the advices that will definitely help you to avoid jet lag

48 hours before the flight- Psychologists recognize the “first night effect” as one of the aspects that disrupt your sleep the first night in the new environment. Therefore it would be wise to bring with you some home item that you are familiar with, like your pillows or coffee cups.

36 hours before the flight – Jet lag is also associated with the direction in which you fly. Those who fly to the west will feel less consequence than those who fly eastward. Smart thing would be to try to adjust to the time zone of your destination.

24 hours before the flight – avoid heavy foods and meals that can burden your stomach.  You definitely do not want to be troubled with your digestion during the flight and the period you are adjusting to the new time zone.

12 hours before the flight – Avoid dehydration, and make sure to drink sufficient amounts of water to the end of the flight.  Experts recommend a glass of water from 2 dl every hour of the flight.

2 hours before the flight – Switch the clock to the time of your destination in order to reduce the time a shock that will follow after landing.

During the flight – If you are flying overnight, it would be good to try to get some sleep. Avoid watching movies, and, if necessary, put on a mask. You can even use sleeping pills, but only if the flight lasts longer than seven hours.

1 hour after landing – If you arrived at the destination per day, spend more time in the sun because it will allow the regeneration of the body and help you to keep you awake. Avoid sleeping longer than 30 minutes because you will not be able to sleep when it is time to sleep.

3 hours after landing – Eat some light meal that will not overload your stomach.

6 hours after landing – To reduce the effects of stress of the flight, make sure to remove and reduce all the things that might interfere your good sleep, such as light sources (artificial and natural). If possible, treat yourself with a warm bath an hour before going to sleep.

Want to improve your life? Follow these simple steps

Changing the Spam Filter in Hotmail/Outlook.com

Tips on starting your own insurance company

Want to improve your life? Follow these simple steps

Changing the Spam Filter in Hotmail/Outlook.com

How to organize cords and cables

How to get cheap car insurance quotes?